Expanding Our Knowledge About Types and Treatments 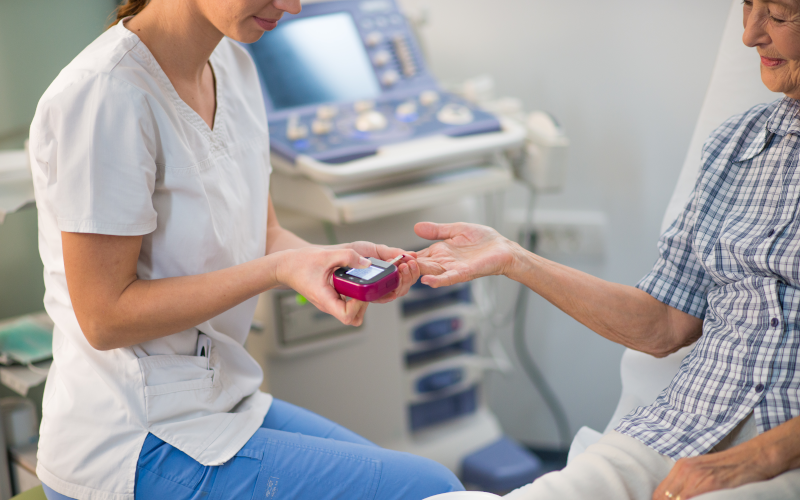 It sounds like a bad joke, “Three people walk into a clinic. One pulls out an insulin pump, the second a bottle of pills and the third a carrot. When the front desk staff asks what they are there for they all respond, 'Diabetes.'” This depicts the great variation in types of diabetes and treatments for the disease.

Treatment is not quite as simple as it used to be. Since the discovery of insulin in 1922, we have come a long way, not only in our understanding of diabetes and it’s multiple forms, but also of all the ways it can be treated. We now recognize that there are more than two types of diabetes. We most commonly hear about Type 1 and Type 2 diabetes. However, there is an entire spectrum in between Type 1 and Type 2. In the simplest terms, Type 1 diabetes refers to those who are dependent upon insulin to survive and Type 2 diabetes refers to those who can use other medications, diet, exercise and possibly insulin.

Why is insulin so important? Insulin acts as the key that unlocks the door for sugar that you’ve consumed to enter into your cells to be used as energy.  If you do not have the key, the sugar remains in your blood but cannot fuel your body. Insulin dependent diabetes is commonly diagnosed in childhood, however, it can be discovered in adulthood as well. These people do not make their own insulin and thus must take insulin in order to survive. Insulin as a medication can be delivered in many different ways. It was traditionally drawn up from a vial and injected from a syringe. We now have insulin pens which are simpler to use. Many people also use insulin pumps, which are the size of a pager and deliver insulin via a tube.

Those with non-insulin dependent diabetes generally do make their own insulin, but their body does not respond as well as it once did. This is known as insulin resistance. If caught early enough, many can use diet and exercise to stop progression and sometimes even go into remission. The goal is to eat foods that prevent blood sugar levels from rising too high, so less insulin is needed, while exercise helps reduce the resistance to the insulin that is being produced. Weight loss is often also beneficial to reducing insulin resistance and typically goes hand in hand with these changes.

If diet and exercise do not keep blood sugars low enough, a health care provider may discuss starting a medication to help. The goal of treating diabetes with medication is more than just keeping the blood sugars down. We want to prevent possible complications such as eye disease, kidney disease, foot amputations, heart attacks and heart failure. Fortunately, in the past decade, many new diabetes medications have been created which not only help with blood sugars, but help prevent the above complications. Some of the newer medications even help with weight loss. Almost 100 years after the discovery of the first effective treatment for diabetes, the diagnosis is not so bleak as it once was. With so much research and many new promising treatment options, the outlook is good that diabetes can be well managed and kept at bay using all these new tools.